Stillness Is the Key

The Ride of a Lifetime: Lessons Learned from 15 Years as CEO of the Walt Disney Company

Range: Why Generalists Triumph in a Specialized World

The companion volume to the twelve-hour PBS series from the acclaimed filmmaker behind The Civil War, Baseball, and The War.

America’s national parks spring from an idea as radical as the Declaration of Independence: that the nation’s most magnificent and sacred places should be preserved, not for royalty or the rich, but for everyone. In this evocative and lavishly illustrated narrative, Ken Burns and Dayton Duncan delve into the history of the park idea, from the first sighting by white men in 1851 of the valley that would become Yosemite and the creation of the world’s first national park at Yellowstone in 1872, through the most recent additions to a system that now encompasses nearly four hundred sites and 84 million acres.

The authors recount the adventures, mythmaking, and intense political battles behind the evolution of the park system, and the enduring ideals that fostered its growth. They capture the importance and splendors of the individual parks: from Haleakala in Hawaii to Acadia in Maine, from Denali in Alaska to the Everglades in Florida, from Glacier in Montana to Big Bend in Texas. And they introduce us to a diverse cast of compelling characters—both unsung heroes and famous figures such as John Muir, Theodore Roosevelt, and Ansel Adams—who have been transformed by these special places and committed themselves to saving them from destruction so that the rest of us could be transformed as well.

Educated at the College of William and Mary and Yale University, Joseph J. Ellis is a Ford Foundation Professor of History at Mount Holyoke College. His Founding Brothers won the Pulitzer Prize in 2001, and American Sphinx earned the 1997 National Book Award. His latest work, American Creation, was published in 2007. Read Ellis’s exclusive Amazon guest review of The National Parks: America’s Best Idea: 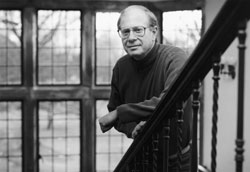 If Ken Burns’s upcoming documentary film on America’s National Parks is as good as the book laying open before me, he has another huge winner. Of course the book, entitled The National Parks: America’s Best Idea, is intended as a companion to the film, but as I see it–literally–the book permits the eye and mind to linger over the truly breathtaking pictures in a more meditative way that film does not allow. The result is almost elegiac, producing the same kind of goose bumps that Burns created in his early work on the Brooklyn Bridge and the Civil War.

Burns has been chronicling the American experience for over thirty years, and I think it’s fair to say that no one has influenced more living Americans to think about our history as a people and a nation. His dominant themes have been space and race, his persistent question deceptively simple: who are we? I think The National Parks is his masterpiece on the space theme. And the message that kept whispering to me in these pages was that whoever we are has been decisively shaped by the sheer physicality of the continent we inhabit.

It never occurred to me before, but Americans invented the idea institutionalized in our National Parks. Namely, as Burns puts it in the introduction, “for the first time in human history, land–great sections of our natural landscape–was set aside, not for kings or noblemen or the very rich, but for everyone, for all time.” As Wallace Stegner once observed, and the book’s subtitle echoes, this may have been “America’s best idea.” Burns links the idea to Jefferson’s magic words in the Declaration of Independence (i.e. “We hold these truths…”), our quasi-sacred text on human freedom, which takes on an almost spiritual resonance amidst the vistas of Yosemite or Yellowstone.

Dayton Duncan, Burns’s longtime colleague, has provided most of the text, which is designed to cast a spell that matches the wonder of the stunning illustrations. The book looks luxurious and feels expensive, but this visit to the National Parks is a great deal.–Joseph J. Ellis

Look Inside The National Parks

Be the first to review “The National Parks: America’s Best Idea” Cancel reply