The $100 Startup: Reinvent the Way You Make a Living, Do What You Love, and Create a New Future

What It Takes: Lessons in the Pursuit of Excellence

Outliers: The Story of Success

The Man Who Solved the Market: How Jim Simons Launched the Quant Revolution

In The $100 Startup, Chris Guillebeau shows you how to lead of life of adventure, meaning and purpose – and earn a good living.

Still in his early thirties, Chris is on the verge of completing a tour of every country on earth – he’s already visited more than 175 nations – and yet he’s never held a “real job” or earned a regular paycheck.  Rather, he has a special genius for turning ideas into income, and he uses what he earns both to support his life of adventure and to give back.

There are many others like Chris – those who’ve found ways to opt out of traditional employment and create the time and income to pursue what they find meaningful.  Sometimes, achieving that perfect blend of passion and income doesn’t depend on shelving what you currently do.  You can start small with your venture, committing little time or money, and wait to take the real plunge when you’re sure it’s successful.

In preparing to write this book, Chris identified 1,500 individuals who have built businesses earning $50,000 or more from a modest investment (in many cases, $100 or less), and from that group he’s chosen to focus on the 50 most intriguing case studies.  In nearly all cases, people with no special skills discovered aspects of their personal passions that could be monetized, and were able to restructure their lives in ways that gave them greater freedom and fulfillment.

Here, finally, distilled into one easy-to-use guide, are the most valuable lessons from those who’ve learned how to turn what they do into a gateway to self-fulfillment.  It’s all about finding the intersection between your “expertise” – even if you don’t consider it such — and what other people will pay for.  You don’t need an MBA, a business plan or even employees.  All you need is a product or service that springs from what you love to do anyway, people willing to pay, and a way to get paid.

Not content to talk in generalities, Chris tells you exactly how many dollars his group of unexpected entrepreneurs required to get their projects up and running; what these individuals did in the first weeks and months to generate significant cash; some of the key mistakes they made along the way, and the crucial insights that made the business stick.  Among Chris’s key principles: if you’re good at one thing, you’re probably good at something else; never teach a man to fish – sell him the fish instead; and in the battle between planning and action, action wins.

In ancient times, people who were dissatisfied with their lives dreamed of finding magic lamps, buried treasure, or streets paved with gold.  Today, we know that it’s up to us to change our lives.  And the best part is, if we change our own life, we can help others change theirs.  This remarkable book will start you on your way. 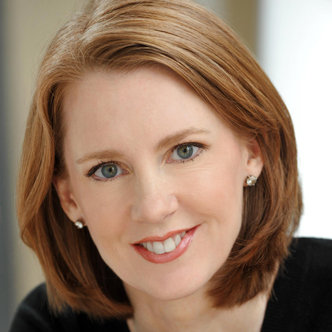 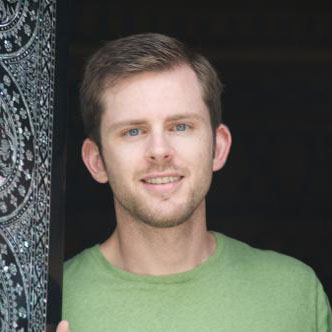 GR: One thing that really sets your book apart from other similar books is its specificity. You really drill down on how people have actually built these businesses. Why did you take this approach?
CB: Because most books about business are too generic. They are filled with platitudes instead of data and real instructions. There’s nothing wrong with saying “Go for it!”—but the purpose of this book is to say, “OK, you’re ready to go for it? Great. Here’s how you actually do it.”

This isn’t a book about business, at least not as most people think about it. Instead, it’s a book about freedom. It’s for those who want to escape from corporate life, build something of their own to support their families, or just find a way to make more money.

GR: Is it really possible to make a good business out of your passion?
CB: Yes, but the key is to combine your passion with something that is useful to the world. I used to be very passionate about eating pizza and playing video games, but no one wanted to pay me to do it.

That’s why we have to go further, until we find the convergence point between what we’re excited about and what other people value. For example, I met a guy who was a snowboarding instructor in Canada. He created a DVD set of instructional videos. He followed his passion, he found a way to make it useful, and it’s now a $300,000 a year business.

GR: Many books about startups focus on technology companies; by contrast, you focus on small businesses started by people creating companies around something they love to do. Often, they don’t look like typical “entrepreneurs,” don’t come from traditional business backgrounds, and don’t have special skills. Why did you take this approach?
CB: I think there’s a real misconception about entrepreneurship. As you noted, some people hear the word startup and imagine things like venture capital, funding rounds, and eventually cashing out if possible. It’s not that different from the conception of traditional business—wearing a suit, sitting behind a desk, playing golf after lunch.

But there’s also an entirely different way of creating freedom, and it’s just now starting to get the attention it deserves. This alternate perspective is about starting on your own, with limited money and no special training. You don’t need outside investment (of any kind), an MBA, or a 65-page business plan that no one will ever read. You just need a product or service, a group of people willing to buy it, and a means of getting paid.

GR: The economy has a lot of people feeling anxious about their financial situations. Do you think this is a bad time to take a risk like a startup?
CB: When the economy causes us to feel anxious, it’s also a good time to reassess the whole concept of risk. For many people, it may be much riskier to cast your lot in the traditional job market. But what if you didn’t have to compete in a crowded marketplace—what if you could essentially create your own job? The beautiful thing about starting small means that you’re not necessarily competing with anyone, and your financial risk is low.

In the long run, risk is related to security. Many of the people in this book were successful in creating their own security instead of entrusting it to someone else.

GR: You did a crazy amount of research for The $100 Startup. What surprised you the most?
CB: The first thing that surprised me was how willing most respondents were to talk about the inner workings of their business, especially the financial details. The common attitude was: if this helps other people in their work, I want to share it.

Digging deeper, I was surprised by some of the interesting businesses people had started. There is a guy who earns more than $100,000 a year helping people use their Frequent Flyer miles. There is another guy in Croatia known as “Mr. Spreadsheet,” who has also crafted a six-figure business helping corporate employees manage data better. There were also plenty of interesting businesses that were more traditional, like a retail yarn shop in Portland and an Israeli-American designer who created a business selling hand-made wedding contracts.

GR: You give some controversial advice: you don’t need a business plan, you don’t need to spend too much time planning, you don’t need a large amount of money to launch, and you don’t need special skills or expertise. What do you say to people who disagree?
CB: I’d say the proof is found in everyone who has made it happen. My hope is that this book will serve as a blueprint for many more success stories, just like the unconventional and unexpected entrepreneurs I talked to from all over the world.

Specification: The $100 Startup: Reinvent the Way You Make a Living, Do What You Love, and Create a New Future

Be the first to review “The $100 Startup: Reinvent the Way You Make a Living, Do What You Love, and Create a New Future” Cancel reply

The $100 Startup: Reinvent the Way You Make a Living, Do What You Love, and Create a New Future