That’s The Problem With Most People Today (Mentality Motivational Speech)

That’s The Problem With Most People Today (Mentality Motivational Speech)

Whatever direction the crowd is going… go the OPPOSITE direction.

It’s all about MENTALITY!   I can’t live with the mentality of the majority!

If I want to be like the MINORITY my MINDSET… my MENTALITY must be as strong as the minority!

I HAVE TO POSSESS THE MENTALITY OF A GIANT!

What does it mean to be a MENTALITY GIANT?

It means your MENTALITY IS BIGGER… STRONGER than your CHALLENGES. It means YOUR MINDSET is stronger than your SETBACKS. It means YOU… YOU CAN OVERCOME ANYTHING when you BELIEVE IN YOURSELF!

BELIEVE IN YOURSELF! YOU’VE OVERCOME A LOT TO GET HERE AND YOU WILL OVERCOME ANYTHING ELSE THAT STANDS IN YOUR PATH!

There’s only 2 mentalities in this world: THE EXCUSES MAKERS and THE RESULT CREATORS!

You have to look yourself in the mirror and ask yourself…. Am I really giving my all?
Am I settling for a little life, or am I rising up and PUSHING FOR MY BEST LIFE?
Am I a minnow or a GIANT!
Am I stepping into my COURAGE or cowering in FEAR!
Am I taking risks or playing for safety?

GIANTS stand tall and they GO AFTER WHAT THEY WANT! MENTALITY IS EVERYTHING! NO ONE can take it from you! You could lose EVERYTHING… but with a strong mentality YOU WILL BUILD AGAIN!

You have to become a MENTALITY GIANT! They might knock you down… but with a strong MENTALITY you WILL RISE AGAIN!

You have to be built like IRON!  NOTHING CAN DESTROY IRON…  but it’s OWN rust can!
YOU ARE THE SAME AS IRON…  Nothing can destroy you… but your own MIND CAN.   NO EVENT can destroy you. NO PROBLEM can end you… but if you allow your mentality to weaken… anything can.

Build that mentality!  Step into the darkness with COURAGE and face your fears.

What are you going to do next time life knocks you on your ass?  GET UP!  RISE UP LIKE A GIANT!

NEVER SETTLE for less than you TRULY WANT! NEVER!

That’s the problem with most people today… their mentality is weak. That’s why they don’t have the life they want.  It’s not because of the economy… it’s because they spend more time on the TV-SET than they do on their MIND-SET!

What do you expect? If you’re consuming garbage… sooner or later your results are going to resemble garbage.  Feed your mind with something better!  WINNERS don’t get caught up in garbage!  They are CLEAN of distractions.

FOCUS on what you want.  COMMIT to it like it is life and death and don’t YOU DARE GIVE UP when things get hard!

That’s where you strengthen your MENTALITY!  IN HARD TIMES!  IN STRUGGLE!

Push through every hard moment in your life and you will be rewarded with CHARACTER!!! 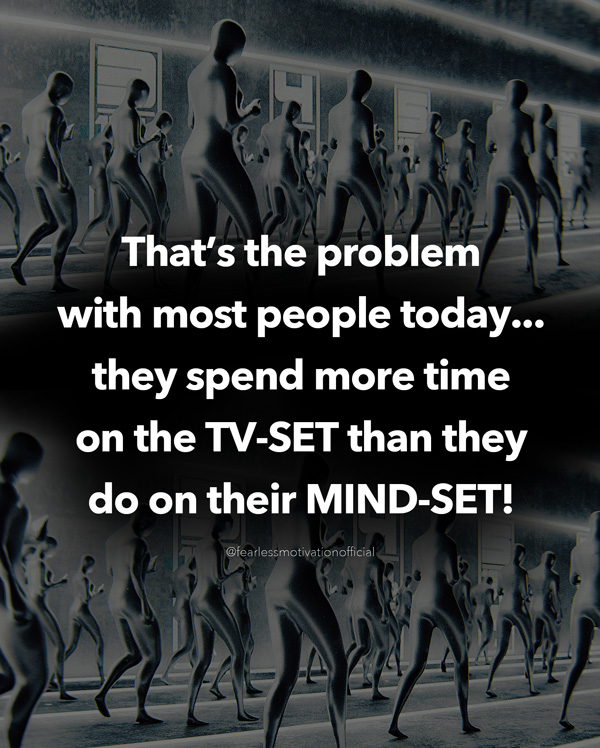 Remember Who You Are (Official Music Video) Fearless Motivation

Guardianships and the Elderly: The Perfect Crime

Thomas Jefferson and the Tripoli Pirates: The Forgotten War That Changed American History

One Day She’ll Darken: The Mysterious Beginnings of Fauna Hodel

$15.95
BUY
Product Categories
About Us