The Best Project You’ll Ever Work On Is You (Motivational Speech) – by Fearless Motivation – WATCH FREE:

There is no project that will give you a better life… more than the project of working on YOURSELF.

The greatest version of you is waiting for you… but that version will only be realized if YOU DO THE WORK.  You must do that work.

The problem is – most people aren’t willing to put in that work.

They’d sooner pick up a beer before a book… because a book might remind them they have a long way to go…   And most people…. Most people aren’t willing to go the distance.

What they fail to understand though, is all those EASY and comfortable choices NOW… lead to a HARDER LIFE, later.  All those choices that require no brain activity NOW – fry your brain later.

All of those choices… little by little ADD UP to a GREAT, BIG PROBLEM later….  And that problem is called disappointment…   And there really could be no greater pain than that of being disappointed in yourself.

The good news is, that it is NEVER TOO LATE to start working on the best version of you.  It’s NEVER too late to say “TODAY IS THE DAY”

“TODAY IS THE FIRST DAY  OF THE REST OF MY LIFE. ”

It’s NEVER TOO LATE to start reversing all the poor decisions you have made… by building new, stronger habits… that will lead to NEW, IMPRESSIVE RESULTS.

Problem number 2 though is just around the corner… and that problem is that most people don’t have the staying power.

They either don’t see immediate results and quit far too soon… or they get to a certain level… a level far from their actual potential… and then they go back to their old habits… which will bring about the same old RESULTS.

THE BEST VERSION OF YOU is waiting for you to claim!  But you’ll never see that version if you quit.    You’ll never know your greatest self if you give up.

And how sad would that be… you, NEVER meeting the best version of yourself because you gave up too soon!

Knowing you could have pushed a little harder to set a different example… to break the invisible limit barrier that has stood for generations…  you can be the one to break that barrier! YOU HAVE TO DECIDE!!!

There IS NO GREATER project you could ever work on than YOURSELF.  THE BETTER YOU ARE… THE BETTER everyone in your world is.

YOUR EXAMPLE is seen by everyone you love.  Will they see a positive example?  Or will they see someone who never pushed for their true potential.

Will they see someone who gave EVERYTHING to be the very best they could be?

Or will they see someone who SETTLED for every easy option that was put in front of them.

You must FIGHT!    You must fight for your best life!

GREAT LIVES aren’t handed out!  They don’t appear through Netflix and Facebook…    You have to WORK ON YOU to bring that version out of yourself.

And that work is not a ONE-TIME thing… It’s a LIFESTYLE… it’s a COMMITMENT… and it’s an HONOR!

Start chipping away at everything you want out of your life… and replace those things with only things that make you STRONGER… BETTER… HAPPIER.

Develop a daily practice that makes you BETTER.  Make that practice a HABIT… part of your subconscious by doing it EVERY SINGLE DAY…

I mean NOTHING can get in the way of this DAILY RITUAL you create for yourself.

READING
LISTENING
LEARNING
APPLYING
GRATITUDE
MEDITATION
EXERCISE
PREPARATION
HEALTH
WEALTH
EVERYTHING that matters to you… this is your NEW LIFE… this is a NEW YOU, the BEST YOU you are creating.

The greatest project you’ll ever work on deserves PRIORITY over everything… because it affects EVERYTHING!

Do that work, ON YOU!   ALWAYS! 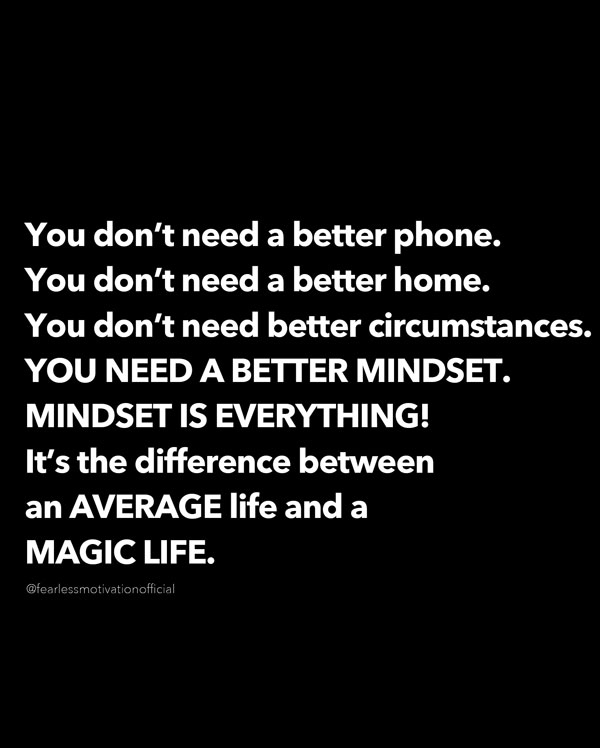 The post The Best Project You’ll Ever Work On Is You (Motivational Speech) appeared first on Fearless Motivation – Motivational Videos & Music.

This Is My Escape (Official Music Video) – Gym Motivation

Libra: The Art of Living Well and Finding Happiness According to Your Star Sign

Great by Choice: Uncertainty, Chaos, and Luck–Why Some Thrive Despite Them All (Good to Great, 5)

Meathead: The Science of Great Barbecue and Grilling

$12.89
BUY
Product Categories
About Us